I was a framing device for the FBI

In our culture, women are subject to and must channel male fear, integrating it into their own.

Since male fear is taboo, they are obligated, despite and in addition to the vicissitudes of womanhood, to protect men from any reflection of male fear by absorbing and embodying it.

This may come close to a describing the mechanics of what is called patriarchy.

It also puts a different spin on the Medusa myth.

Gwyneth Paltrow, 44, looks amazing in the April issue of Women’s Health, in which she says, “I’m knee-deep in figuring out ways to clear [heavy metals and parasites] from the body.” [New York Post, 3/8/17] 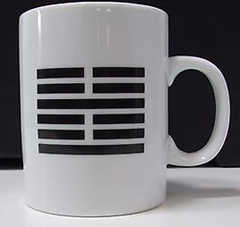 In one the eight “palaces,” of the sixty-four hexagrams, Thunder is the inner, or lower trigram. In each situation, the strong (solid) line in the first position moves upward and forward, representing movement stirring, excitation and shock: the birth of something new, movement after stillness.

The hexagram above, Zhen, is formed by thunder above and below. The strong yang line at the bottom moves up to join with the fourth yang line, which also moves upward. The yang lines below the weaker yin (broken) lines move upward forcefully, shocking and startling.

This kind of shock carries an element of fear, the excitation making one alert and wary, ridding one of laziness and indolence. Shock and fear can lead to self-cultivation and self-examination… [Bisio, op. cit. p. 120]

When the drawers of perception are cleansed

You can find (some of) those missing sox…

Knee deep in the Big Muddy…

One Fragonardish afternoon in 1789, the ailing Marquis De Lessert for went for a stroll on the property of his friend, a certain M. Cachat. Feeling crevé – though the inflatable tire had yet to be invented – Le Marquis sat down by a spring named for Sainte Catherine, and there he slaked his thirst.

Miraculeuse à raconter, after only one draught, his liver grew chipper, and his kidney stones evaporated – in short, Le Marquis a été guéri instantanément!

Thus was born, and soon flourished, Évian Cachat, more commonly known as Évian water, le brand, et Évian-Les-Bains, a spa town and resort visited by Tsars, Prince(esse)s, landed and industrial Robber Barons and every species of parvenu – all seeking the miracle of health.

And then, further down the line, in 1938, the Conference comes to Évian, in search of a cure for the Jewish refugee problem. An initiative of FDR, the gathering is attended by thirty-two countries and a couple of dozen observing organizations. The net result: a modest increase in quotas on the part of Costa Rica and the Dominican Republic.

And the rest tastes somewhat redolent of minerals, sulphur and perhaps a trace of cyanide in a gaseous form.

“As Dubai’s Skyline Adds a Trophy, the Architect Calls It Stolen,” runs the Times headline [3/9/17]. The lede: “The designer of a new landmark building is suing over copyright infringement, describing an entrenched system in which power can trump sanctity of law.”

Hmmm. Trump again, even in Felix Arabia. Power dug into the trenches, or rather sand dunes. And wasn’t “sanctity of law” always a dubaious proposition?

This is an express Number 3 train to New Lots Avenue.

Hey, what about Lot’s wife and his Daughters? Shouldn’t they have Avenues and Subway stops too?

What’s the martyr with you?

There is no innocent surveying

Not just one, but many tons of fools get on and off the train at Fool Ton Street

Take the Subway® to Footlongistan

I’m in an open ménage

The last of the eight configurations in the “Palace of Thunder” is Following [Sui]: thunder (movement) below and Lake (joy) above. The hard below the soft. Strong and active thunder follows Lake’s gentle joy and, by following, can initiate movement at the right time. Rather than using direct force, one seizes the moment, choosing an alternative course or path to follow in order to prevail. [Bisio, op. cit., p. 121]

Fractilides, the chaotic philosopher, known to his friends as Snowflake, or Chris (short for Crystal)…

By depicting them heroically in his ceiling fresco, Michelangelo did much to restore the Sybil rights the Church had hystorically undermined…

But the farther they strayed into the darkness, the more she argued that her friends were back at the party, and that they should return. Without a word, she later said in a lawsuit, the 6-foot-3, 250-pound linebacker picked up the 5-3 freshman and made his violent intentions clear… [“Baylor’s Pride Turns to Shame in Rape Scandal,” NYT, 3/10/17. A1:2]

All the Bodices That Are Fit to Rip

“How am I supposed to feed my family?” Ms. Riveros asked.

She now has an unlikely option: growing marijuana with the government’s blessing instead [of FARC’s].

A Canadian company called PharmaCielo, with the government’s approval, is working to produce the drug legally in Colombia and is looking to hire… [“After Long Drug War, Colombia Joins Pot Trade.” NYT, 3/10/17 A1:2]

They descend on towns and villages, plundering crops and rampaging through homes. They occasionally attack humans. But perhaps most dangerous of all, the marauders carry with them highly radioactive material.

Hundreds of toxic wild boars have been roaming across northern Japan, where the meltdown of the Fukushima nuclear plant six years ago forced thousands of residents to desert their homes, pets and livestock.

Officials have also expressed concern that returning residents may be attacked by the animals, some of which have settled comfortably in abandoned homes and have reportedly lost their shyness to humans…

[The situation is] reminiscent of Chernobyl, where wildlife continues to thrive despite high radiation levels… [and] has become a refuge for all kinds of animals, including moose, [flying squirrels wearing leather aviator helmet and goggles] deer, brown bear, lynx and even wolves…

The local Fukushima government recently published a guidebook of suggestions to help officials tackle the wild boar problem, including building special traps and using drones to ward off the animals…

“We need a strong hunting plan, “ Hidekiyo Trchiya, the mayor of Soma, told the Asahi Shimbun at the opening of an incinerator last year. “I wish for the day to come when we can eat wild game again.” [“Six Years After the Fukishima Disaster, a New Danger Looms: Radioactive Boars,” NYT, 3/10/17.]

We were trying to develop our understanding of the area and that includes the people as well as other materials. Said General Joseph Votel, head of CENTCOM, to a Senate Committee regarding American military operations in Syria, civilian casualties from airstrikes and the absence of captive Al Quaida to interrogate…[NYT, 3/10/17, A12:1]

In expanding and contracting, coming and going, distinguish the terrain: the distances and defiles, whether it is broad or narrow, whether it contains dead or living things. [Sun Lutant, Bagua Quan Xue, quoted in Bisio, op. cit., p. 16]

If you’re not part of dissolution, you’re part of the problem

It’s easy to introduce some savage beasts into a city (there are plenty of them in the outskirts). From out of a traffic jam suddenly come three or four black panthers, who, though beside themselves, can endure the most painful wounds. This is Spectacle Number 72. Wrote Henri Michaux in Voyage en Grand Garabagne, 1936.

Leading toward and away from Gare Montparnasse, in the 14th Arrondissement of Paris, are two parallel streets: Rue de l’Arrivée, and Rue du Départ.

Fukushima’d Up Beyond All Recognition 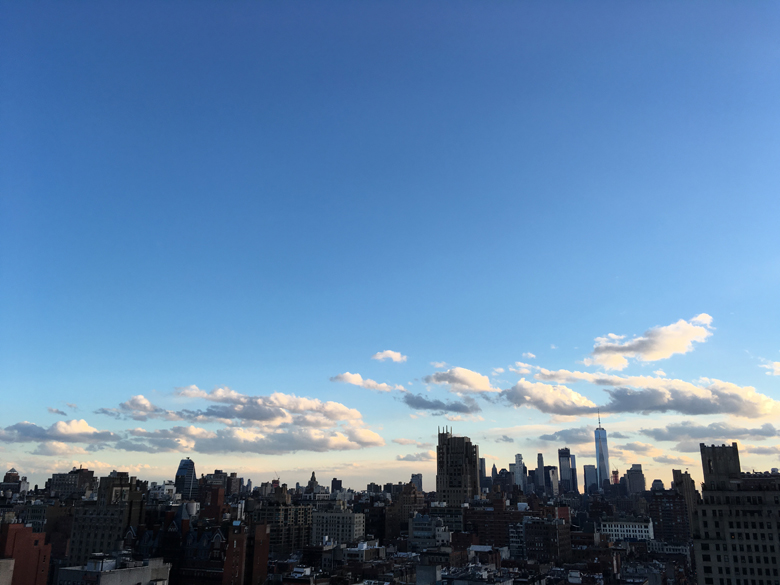