Stand away from the closing doors, please.

The baritone is male, recorded, and, unlike the live announcements of the majority of the subway conductors, deeply white.

Vrag naroda, “enemy of the people,” attributed to Comrade Vladimir Ilyich Ulyanov, but certainly uttered by him publicly for the first time on November 28, 1917, a month after the Bolsheviks took power.

A Song of the Rolling Earth

When logic and proportion

And the White Knight is talking backward

And the Red Queen’s off with her head

An unending stream of clouds moves upward over the BMW’s windshield. Canticle of birds and garbage trucks. Look again: the stream has gone blank.

Not a cloud left in this sky.

When, in 1940, the Germans quickly crossed the Meuse River creating multiple breakthroughs, threatening myriad objectives, they threw the French forces, numerically superior, both physically and psychologically off balance.

Colonel John R. Boyd described the blitzkrieg principle as “presenting many (fast-breaking) simultaneous and sequential happenings to generate confusion and disorder thereby stretching out time for the adversary to respond in a directed fashion…”

Truth and its discontents

I’ll have the Heisenberger, medium rare, please – that is, I mean, if that’s how it turns out…

‘sonly a matter of time. And bloodline.

A song of the rolling earth, and of words according,

Were you thinking that those were the words, those upright lines? those

No those are not the words, the substantial words are in the ground and sea,

They are in the air, they are in you. [Whitman, Book XVI, “A Song of the Rolling Earth,” Leaves of Grass]

“’The Great Wall’ Topples at North American Box Office” pronounceth the Times, reporting on a extravagantly hyped film and fervently-hoped blockbuster that failed, spectacularly, in its opening weekend, to draw the mongrel hordes in.

Apart from what merits the film may or may not have, is its non-appeal to Americans perhaps grounded in the have difficulty we have constructing the Chinese as an “real” adversary? Particularly in our present Russia-obsessed moment.

Truly, we have never really had a “slot” for China.

But it wouldn’t have taken a PR genius or a ton of focus groups to figure out that the Great Wall, however spectacular, is known for failing to do what it was intended to do. If that wall didn’t work out, then how will ours possibly keep Mexico south of the Rio Grande?

And then, we don’t want to look outside… much less compete with anyone else’s wall…

“You look what’s happening in Sweden, Sweden! Who would believe this – Sweden! They took in large numbers, they’re having problems like they never thought possible…” [D.T. referring to a terrorist non-event as reported in the Daily News, 2/20/17, p. 9]

The Augean horse is listed in stable condition…

The short, but not reductive answer is that you cannot keep ‘em down on the farm after they’ve seen Paree.

But from where did Paree, breath by breath, stone by stone by breath emerge, and over how many eons of flux and flow? Sous le ciel, mes amis, sous le ciel, et de la mer(d)(e).

And how many farms did it take to raise those hôtels, and fan those faubourgs?

9:45 a.m. and the horrible carillon of the General Theological Seminary clangs out a hymn. It sounds like a medley of “God Rest Ye Merry Gentlemen,” “Deutschland Über Alles,” and “Somewhere Over the Rainbow,” which, I guess, is where we’ve arrived.

Circle walking in the Shore’s driveway as a Latina woman of middle years passes by. You’ve nodded to one another before, with a smile. This time she salutes you with her just-bought sponge mop and says: “Good!”

Return to Table 4, on which someone has left a note on lined paper, torn out of a small spiral book, in penciled caps: THE END IS NEAR.

In Pergamon, Ismir is near. 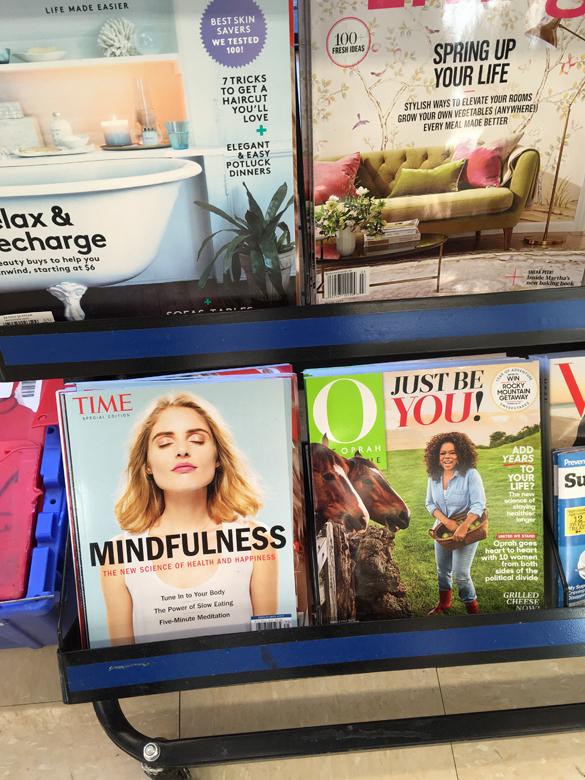 Prudentia Montone and Orazio Gentileschi’s celebrated daughter Artemisia, was named for the legendary queen of Halicarnassus and Kos [though the name derives from Artemis] who, among other things, led a squadron of ships against Greece in the second Persian invasion, ca. 480 B.C.

Much appreciated by Xerxes, but, to his discredit and misfortune, little listened to, she counseled against engaging the Greek fleet at Salamis, a disaster for the Persians from which she quite skillfully escaped.

[When] Artemisia… found that the Persians were defeated, and she herself was near to falling into the hands of the Greeks, she ordered the Persian colours to be taken down, and the master of the ship to bear down upon, and attack a Persian vessel, that was passing by her. The Greeks, seeing this, supposed her to be one of their allies; they drew off and left her alone, directing their forces against other parts of the Persian fleet. Artemisia in the meantime sheered off, and escaped safely to Caria. [q.v.Herodotus: 8.87]

Artemisia, the daughter of Lygdamis, sank a ship of the Calyndian allies, which was commanded by Damasithymus [king of Kalyndos]. In acknowledgement of her gallantry, the king sent her a complete suit of Greek armour; and he presented the captain of the ship with a distaff and spindle. [from Polyaenus, Stratagems of War, Book 8, Chapter 53, adapted from the 1793 translation by R. Shepherd.]

Which said, out of the fog, not to mention friction, of war differing accounts emerge, in this case concerning the allied ship she sunk, to wit the fate of Damasithymus and his [Kalindryan] ship:

Both Herodotus and Polyaenus report that he was killed at the engagement, when Artemisia rammed his ship with loss of the entire crew and its commander. Though they were nominally allies, Artemisia wanted to escape pursuit by an Athenian ship under the command of Ameinias.

Seeing Artemisia sink Damasithymus’s ship, he assumed it was Greek, and, according to Herodotus said: “My men have become women, and my women men.” In Polyaenus’s telling Xerxes says, “O Zeus, surely you have formed women out of man’s materials, and men out of woman’s!”

In Herodotus’s account, Artemisia and Damasithymus had begun a feud while they the Persians were crossing the Hellespont. But he hedges his narrative: “Now, even though it be true that she had had some strife with him before, yet I am not able to say whether she did this by intention, or whether the Calyndian ship happened by chance to fall in her way.”

Whatever the “truth” of any of these accounts, Artemisia is credited with some useful stratagems, among which was that she “always carried on board with her Greek, as well as barbarian, colours. When she chased a Greek ship, she hoisted the barbarian colours; but when she was chased by a Greek ship, she hoisted the Greek colours; so that the enemy might mistake her for a Greek, and give up the pursuit…” sez Polyaenus, op. cit.

Were you thinking that those were the words, those delicious sounds out of your friends’ mouths?

No, the real words are more delicious than they…

The workmanship of souls is by those inaudible words of the earth,

The masters know the earth’s words and use them more than the audible ones… [Whitman, op. cit.]

Sing a song of karma…

Half a pig, half a pig onward

Into the vale of fat

And then, of course, the Tsar, in addition to Rasputin, had Fabergé to egg him on…

Artemisia also being a genus of aromatic plants of which the vulgaris species is known to us as mugwort.

Several cultures find it has a variety of magical, insect-repelling and medicinal uses. The Chinese species, verlotiorum, seems especially good, when used in moxibustion, at coaxing fetuses in breech to flip over into a head downward position without further intervention.

…The earth neither lags nor hastens,

It has all the attributes, growths, effects, latent in itself from the jump,

It is not half beautiful only, defects and excrescences show just as much

The earth does not withhold, it is generous enough,

The truths of the earth continually wait, they are not so conceal’d either,

They are calm, subtle, untransmissible by print,

They are imbued through all things conveying themselves willingly…

The earth does not argue,

It is not pathetic, has no arrangements,

Makes no discrimination, has not conceivable failures,

Of all the powers, objects, states, it notifies, shuts none out…

To her children the words of the eloquent dumb great mother never fail,

I really don’t like words like “artist” or “integrity” or “courage” or “nobility.” I have a kind of distrust of all those words because I really don’t know what they mean, any more than I really know what such words as “democracy” or “peace” or “peace-loving” or “warlike” or “integration” mean.

The terrible thing is that the reality behind these words depends ultimately on what the human being (meaning every single one of us) believes to be real. The terrible thing is that the reality behind all these words depends on the choices one has got to make, for ever and ever, every day. [from James Baldwin, “The Artist’s Struggle for Integrity,” The Cross of Redemption: Uncollected Writings, edited and with and introduction by Randall Kenan. New York: Vintage Books, 2011. Source: Freedomways, 1963. Reprinted in Seeds of Liberation, edited by Paul Goodman. New York: George Braziller, 1964. Some paragraph breaks added by E.D.]

Seen at hand or seen at a distance,

Duly the twenty-four appear in public every day,

Duly approach and pass with their companions or a companion,

The writer has her/his words cut out for him/her… 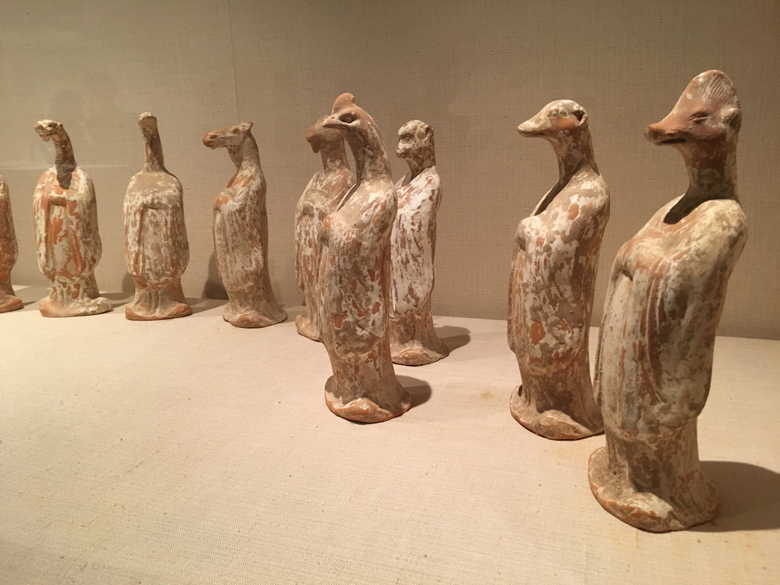