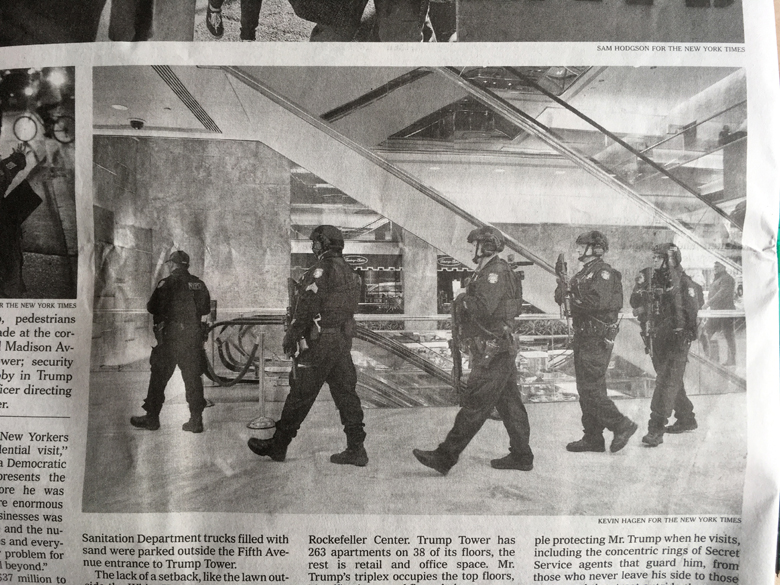 I was a bent gendarme for Interpol…

Out of the pink marble sky…

Between Wallpaper and Wall Street, we managed to convince ourselves this was a nation when from the beginning it didn’t want to be. And couldn’t be even if it wanted to.

From May 25 to September 17, 1787 a mass delusion was conceived and gestated in Philadelphia. Once born into the world, it grew into that most temporarily unstoppable of forces: an idea of great appeal with no basis in reality. Once set in motion, and finding little in its path to slacken its momentum – in fact quite the opposite – this prodigy of social nature and the mythic imagination took nearly two hundred and thirty years, to find its junkyard.

And the angel of the LORD appeared to him in a flame of fire out of the midst of a bush, and behold, the bush burned with fire and the bush was not consumed. [Exodus 3:2]

Hapax, Dis, Tris and Tetrakis Legomenon walk into a text…

You can’t get to Mt. Horeb from Mt. Sinai, or vice versa, since, experts say, if you’re at one, you’re already at the other…

And oh, if Moses would only stop beating around Dictamnus, a genus of flowering plant in the family Rutaceae… also known as burning bush, dittany, gas plant and fraxinella; a herbaceous perennial, native to warm open woodland habitats in Southern Europe, North Africa and much of Asia.

“Intermittently, under yet unclear conditions, the plant excretes such a vast amount of volatiles that lighting a match near the flowers and seed pods causes the plant to be enveloped by flame. This flame quickly extinguishes without injury to the plant.” [Fleisher, Alex; Fleisher Zhenia, “Study of Dictamnus gymnostylis, Volatiles and Plausible Explanation of ‘Burning Bush’ Phenomenon,” Journal of Essential Oil Research 16 (Jan.-Feb. 2004)]

And ain’t Gina Haspel a woman?

And lo, the videos of the 10,000 waterboardings burned, but would not b consum’d

Memling’s Last Judgment, a large triptych, oil on wood, having been completed, ca. 1470 (commissioned by a Medici bank, er, vice president, doing business Bruges) was duly crated and took ship for Firenze. But… it was captured and embootied by a Hanseatic pirate and, after many sea adventures, came to rest on the altar of the Marienkirche of Danzig. Some time in the 20th century it Gdansked over to the National Museum.

“It’s a damaged brand.” Sez Daniel F. Runde, (former Director of the Office of the Global Development Alliances at the United States Agency for International Development). [“Uncertainty at Clinton Foundation in Trump Era,” NYT, 2/3/17, A20:1]

Disneyland was made for u and me

Ur in tiny hands with Roguestate

A nonce word, aka an occasionalism, be a lexical device created for a single occasion to solve an immediate problem of communication. Some nonce words accrue meaning and establish themselves by repeated usage, while others are merely for the nonce, a word no one seems agreed on the origin(s) of, but which may be a smushpheme of “for the once.” 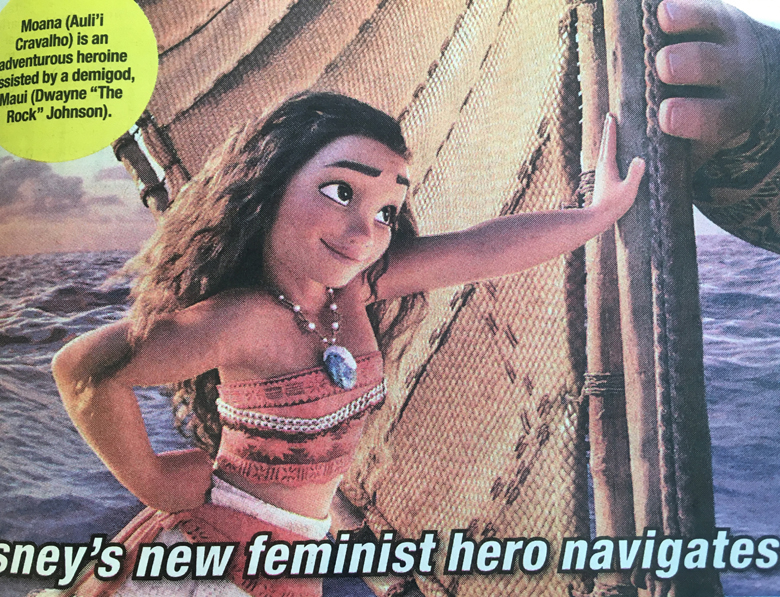 “Who knows what the president of the United States really wants?” asks François Hollande.

Even as the EU statisticians put the official number of people who died in 2016 trying to cross the Mediterranean toward Europe at 4,579.

And LBG (led by greed) people – what rights should they have?

And yea, as the not-yet-thought-of Vican spiral winds round to another grand moment of mimetic figuration, Leonardo calls across the narrowed chasm to Plato, who likely never dreamed of Christ, nor any other composite yet unitary god, and who had reviled the imagmakers of his day for their falsehood, their seductive game of delusions: “The painter,” says Leonardo, “is master of all things which can occur to human thought… and in fact all that is in the universe, in essence, presence or imagination he has first in his mind and then in his hands…”

“The divinity belonging to the science of painting [italics mine] transforms the painter’s mind into an image of the mind of God, since he has power and freedom to bring to life diverse essences of animals, plants, villages, countrysides, ruins of mountains, fearful and frightening places…”

And yet, the artist’s gaze, which witnesses all things, must soften, in order for particularities to manifest their integral coherence, through sfumato, as when “evening is falling” or “it is bad weather,” thus lending pictorial form to the inherent “grace and sweetness” of the natural world. [Freely adapted from various sources including Leonardo da Vinci, The Art of Painting, translator unacknowledged, New York: Philosophical Library, 1957]

Sometimes you pop the question.

Sometimes the question pops you.

Some critics say Mr. Campbell has been out of his depth – a tapestry curator thrust into the large shoes of the legendary Philippe de Montebello, with no experience running a major institution… [“Ambitions for Met Museums Lead to Stumbles,” NYT, 2/5/17, A1:1]

The Young Woman of del Sarto gazes out at you. With her right hand she holds a book open. With her left index finger, she gestures to a line of Petrarch: Go warm sighs to the cold heart.

Her head inclines at once toward and away from you, eyes alive with challenge – to what?

Between her hands and face curious pendant, seemingly a tiny bouquet of dried flowers rests against the dark of her bodice.

Vasari finds Andrea’s technique “without error,” but faults him for “timidity of spirit.” But does Vasari, like so many others, confuse the bold with the monumental?

So many, so many: caught between fear and arrogance

Trapped in the past aggressive tense

For every homeless person in SF, there’s another o in Goo…gle

Mannerism, so the development out of the “classical” Renaissance is called. Though the origin of the term is not at all certain, there are suggestions. Vasari, who had given all due filial props to the formal restraint and compositional rigor of his immediate predecessors, extolled in his own contemporaries their “true manner of making stories full of nude figures and poetry.”

But always dead weighted man descending, so that spirit may arise.

A knee grows in Harlem

Caravaggio, very excellent in his colors, must be compared to Demetrius [of Alopece, 4th century Greek sculptor], because he has left behind the Idea of beauty, ready to follow after likeness, said his contemporary, Giovanni Battista Agucchi, of whom more to come soon…

Favella, Favella, che ti venga il cacasangue! [Speak, speak, or may you get the bloody shits!] shouted Donatello, who had earlier followed likeness (though of legendary subjects) at his marble Zuccone (who seemed so lifelike… )

And Habakkuk, from what one may read in his Book, was a stone iconoclast.

I was a Laughing Cavalier for the Haarlem Militia

The observable and immensely reliable reciprocity between confusion and contusion 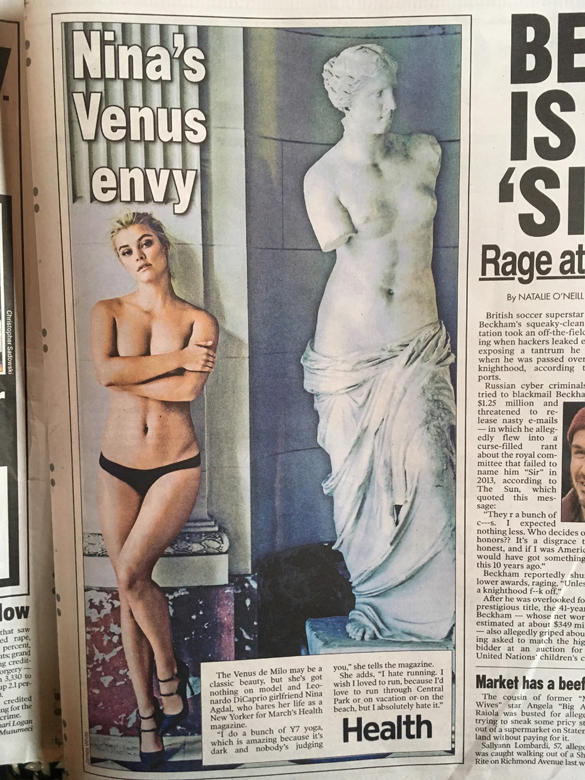