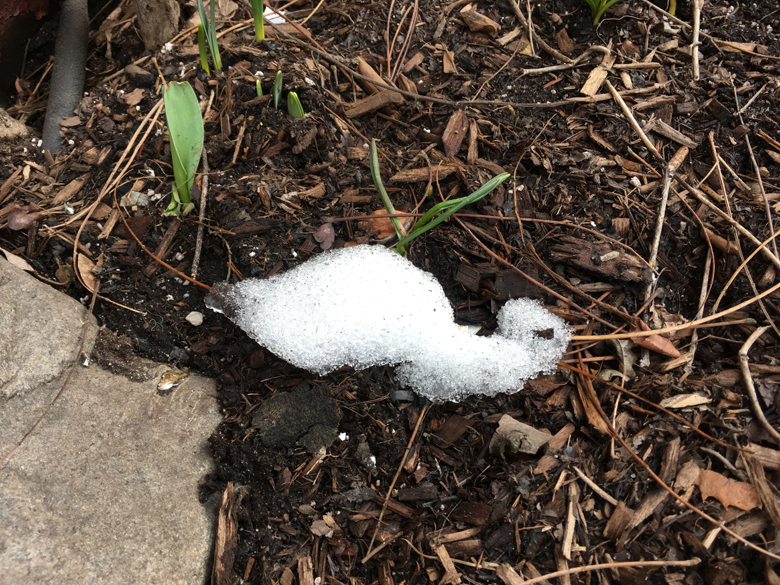 From the open countanences of animals or from inanimate things,

From the landscape or waters or from the exquisite apparition of the sky,

From our countenances, mine and yours, faithfully returning them,

Every day in public appearing without fail, but never twice with the same companions… [Whitman, “Song of the Rolling Earth,” op. cit.]

Societies are never able to examine, to overhaul themselves: this effort must be made by that yeast which every society cunningly and unfailingly secretes. This ferment, this disturbance, is the responsibility, and the necessity of writers. It is, alas, the truth that to be an American writer today meand mounting an unending attack on all that Americans believe themselves to hold sacred. It means fighting an astute and agile guerilla warfare with that American complacency which so inadequatesly masks the American panic. [from James Baldwin, “As Much Truth As One Can Bear,” The Cross of Redemption: Uncollected Writings, edited and with and introduction by Randall Kenan. New York: Vintage Books, 2011. Source: New York Times Book Review, January 14, 1962]

Instead of ordering a flat white, try the round black

Or five hundred shades of…

Back to back emails plink into your inbox:

Whatever does it mean?

Prosaic, NJ, where cascades of words power the text(ile) mills…

In another moment, another city, another Washington Square, you might have taught James Baldwin qi gongs.

Early morning, Seventh Avenue and 22nd Street, beneath the sidewalk bridging of a falling down-building. Two homeless men move listlessly about the strewn objects of their encampment. The less bent and listless of the pair addresses the more bent and listless in a tone part diagnostic, part accusatory: “You have trouble walking, talking, seeing…”

For a well-regulated militia, choose Milk of Magnesia!

Ah, if only our dicators ruled over a benigner republic…

When logic and proportion

But no, Grace, that is not what happens.

They do not fall, but rather transmute into the all-too-rigorous dead…

To wit, neary six hundred years after Alberti taught the chickens to hypnotize themselves, the perspectival art has transmuted into:

Whence emerges from an infinity of possible pixels this cyborgnetic extraordinary rendition of a scenario – one cannot call it a landscape – absent any visual coherence, Renaissancian or Oriental.

Whatever the point may have once been, it has well and truly vanished. And what appears is multply-skewed, and seemingly not grounded in any known or intuited optical “laws,” or order.

For example, the reflecting pools, which are not speculative, but actually exist, were designed and constructed to replicate the footprints of the twin towers: offset from one another, but exactly square, and parallel.

Now is the time to make common gauze

The press, the press – o ppression – freedom from

Freedom from the press!

Yo yo yo! – just because there’s a top don’t mean there’s a bottom

Therefore, in those with smooth training forms, strength can take place naturally. In those with harmony in the interior, qi can generate itself and the spiritual intention can return to the Dantian area and the body can be as heavy as Mt. Taishan.

In those who could transform the spirit into voidness, their body can be as light as a piece of feather naturally.

Conclusively, it is not necessary to seek it on purpose. [Guo Yun-shen, a famous Xing Yi master. From Sun Lu-Tang, trans. Huang Guo-qi, The Real Explanation of Boxing Meaning, in Bisio, op. cit., p. 60.]

Dionysus time at the Apollo

And now they tell me Billie Joe Pulaski

Has jumped off the Kosciuszko Bridge

Meet me at the piano bar La Poupée Noir

Some disupute among musicologists as to whether the original title is “O’Neal’s Olfactory Reel,” or “O’Neil’s Old Factory Reel.” But whatever the truth of the matter, the tune’s a rare one.

And now they tell me Billie Joe Maxentius

Has jumped off the Milvian Bridge…

Sluggo and His Brothers

What’s in, or rather, on a palette?

Comparing their pictures, one can only conclude that Constable snuck into Turner’s studio every night and stole all of his green paints, oil and watercolour, leaving JMW, like Regulus, completely in the light.

…Shades of the prison-house begin to close

Upon the growing groaning Boy,

But He beholds the light, and whence it flows,

He sees it in his joy;

The Youth, who daily farther from the east

Must travel, still is Nature’s Priest,

And by the vision splendid

Is on his way attended;

At length the Man perceives it die away,

And fade into the light of common light of day.

Archaeologists and art historians have argued over whether, in many a red and black figure depiction, Achilles and Ajax are playing dice or morra. The answer is neither. Nor are they not doing a jigsaw puzzle; they are collaborating on a mosaic – tèssara.

This tapestry [“The Resurrection of Christ,” designed by 16th century followers of Raphael] does not just demonstrate a good use of perspective, but also, for the first time… the use of ‘shifting perspective.’

As we approach… from the left, the large rectangular stone that sealed the tomb appears to have fallen in our direction, and Jesus’ gaze and [upraised] right arm are turned toward us. Incredibly, when we move toward the tapestry, the stone appears to move. When we stand directly in front… we will be amazed to see that the stone appears in the centre of the tapestry, Jesus’ feet are above the stone and his eyes are fixed on us.

As we draw away from the tapestry… finally and astonishingly, we will see the stone turned to the right, Jesus’ feet resting on the other side of the stone and both his arm and his body still turned toward us…

With the modern technologies of our own day it is extremely hard to achieve a similar effect. This one was created five centuries ago, using silk and wool, but above all with the resources of an incredible mathematical brain! [Enrico Bruschini. Liz Heron, trans. The Vatican Masterpieces, London: Scala Publishers, Ltd., 2004]

Things have ascended into chaos!

I was a lapsed dancer for the…

It is useful to understand that the ideal of military strategy in China… is to be like water. Water connot be grasped, yet it is powerful; it has no form, yet can take the shape of a container. Water is flexible, adaptable and always changing and flowing. Whe one attempts to block it, it flows around the obstacle, never confronting it head-on.

Water does not move in straight lines but rushes, spirals, and eddies unpredictably. It is substantial, yet when one attempts to grasp it, it slips away. Water is soft and yielding, yet it is powerful, like a pounding wave containing a heavy mass of water that can exert tremendous force.

From the lie of the land.

The warrior shapes his victory

from the dynamic of the enemy.

From the changing circumstances

True strength is definitely characterzed by the fact that it is not forced. Chinese thought never tires of this theme: it is the nature of water to flow downward; and the reason why it can even carry stones along with it is that it is content to follow the slope offered it. “The conformation of troops must resemble water. Just as it is in the conformation of water to avoid what is high and incline toward that which is low, similarly, the conformation of troops must be to avoid the points at which the enemy is strong and attack where it is weak.”

The strong points are where the enemy is full and may act as a barrage [dam]; the weak points are where the enemy is empty – deficient or unprepared. The general, like water, steers clear of obstacles and insinuates himself wherever the way before him is free; like water, he always sticks closely to the line of least resistance and at every moment seeks out where it is easiest to proceed. [From “It is useful…” (above), Bisio, Beyond the Battleground, Berkerley, CA: Blue Snake Books, 2016. pp. 67-68, quoting Sun Tzu, The Art of War and François Jullien, A Treatise on Efficacy: Between Western and Chinese Thinking]