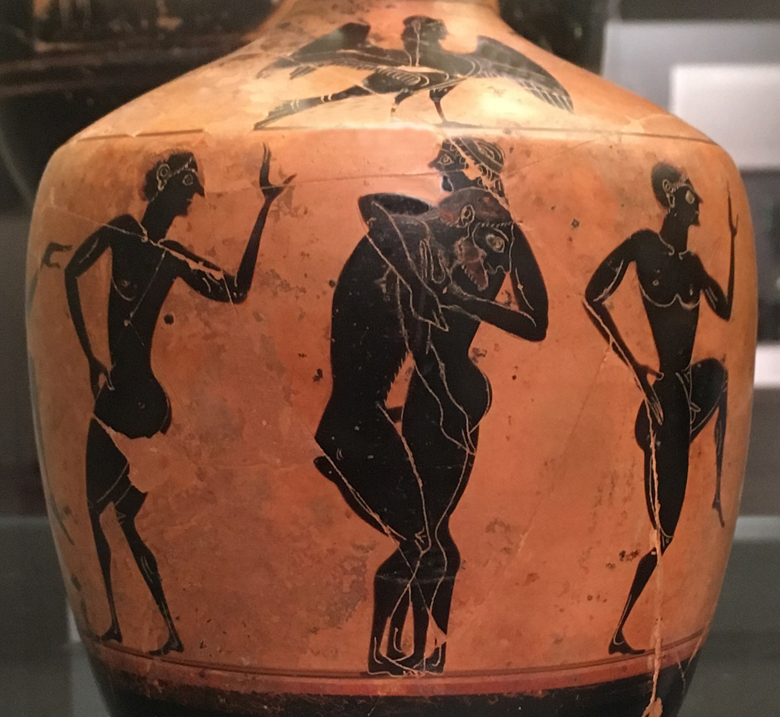 Intercrural sex: not just a vase they were going through

“Would you ban the French from building in Paris?” asks the Israeli ambassador in response to the United Nations resolution condemning West Bank settlements. You mention this to Wolfgang and he says: “And if they wanted to tear down the Eiffel Tower?”

An agent of the Duke of Urbino, frustrated in his attempts to negotiate a commission for a painting from the maddeningly resistant Caravaggio, writes to his boss c. 1605: E uno cervello stravantissimo: he is a very extravagant brain.

ONLINE: NEWS AT THE UPSHOT

Is a robot coming for your job? Readers react to the threat of automation.

The breakout box is decorated with a little computer screen arrow

In October, a New Zealand college professor submitted a paper to the OMIC-sponsored “International Conference on Atomic and Nuclear Physics,” which was held last month at the Hilton Atlanta Airport.

It was written using the auto-complete feature on his iPhone, which produced an abstract that begins as follows: “Atomic Physics and I shall not have the same problem with separate section for a very long way. Nuclear weapons will not have to come out the same day after a long time of the year he added the two sides will have the two leaders to bring up to their long ways of the same as they will have been a good place for a good time at home the united front and she is a great place for a good time.”

The paper was accepted within three hours…

Stacking multiple fake conferences at the same hotel is a common practice, says Jeffrey Beall, a tenured University of Colorado Denver librarian. He maintains a website for identifying “predatory open access scholarly publishers” that masquerade as scholarly journals, but are actually in the business of pumping out worthless articles and exploiting scholars with hidden fees. “You just rent a hotel, make up a name and stand around while everyone is reading their papers,” Mr. Beall says. “It’s easy money.”

Mr. Beall’s list, which has grown to 923 publishers from 18 in 2011, also includes a British company called the “Infonomics Society.” Like OMICS, it publishes a raft of journals, 17 in all, with legitimately dry-sounding titles like “International Journal of Sustainable Energy Development.” Mr. Beall calls Infonomics an “impostor scholarly society” that is “designed to generate as much revenue as possible.” All 17 journals are run by a single person named Charles Shoniregun out of a modest two-story attached brick home in the outer suburbs of London… [“Fake Academe, Looking a Lot Like the Real Thing,” Kevin Carey, New York Times, 12/29/16, A3:3]

AMSTERDAM – Twenty-six couples in the Netherlands are waiting to find out if the sperm that was used to fertilize their eggs at a reproductive technology clinic might have come from the wrong men… [NYT, 12/29/16, A3:1]

A bit deeper up the Styxish river of the Times, under the heading WHAT IN THE WORLD (sans ?) one encounters the liver-spleen, if not the heart of darkness:

What do you do with the buildings associated with Hitler’s life and death? In Austria, they are hitting the delete key, but in Germany, it’s more like copy and paste.

After years of indecision and delay, the Austrian government is moving to seize and either demolish or drastically remodel the house where Hitler was born…

In Berlin, where the authorities have generally taken a somber approach to the terrible history, the story is different. Most landmarks of Nazi rule in the city were demolished long ago, but a commercial firm has now re-created one of them as a tourist attraction: the bunker where Hitler committed suicide in 1945.

The new bunker was built about a mile from the original site by Historial, which also runs the Berlin Story Museum next door… [“A Berlin Attraction’s Uneasy Phenomenon: Hitler Sells,” Alison Smale]

The wrong men, fertilized by history

The ultimate, viral, billion-dollar IFP will be for the app that can translate real news into fake news in a nanosecond, and vice versa

“Sorry, but you can’t be in scouts: N.J. mom of transgender 8-yr.-old rips boys group.”

THE FAMILY of an 8-year-old with an appetite for camping, hiking and barbecues says he was kicked out of a New Jersey cub Scout pack because he was born a girl… [NY Daily News, 12/29/16, p. 17]

Lady Gagdiva riding backward into Prague (or is it Danzig?) on a dwarf, albino ithyphallic mule

Is it live or is it Memorex¿

You brexit, you bought it…

Where the clocks don’t move but the trains run on time: a coney treblikna of the mind

Does the second hand move? Only in the Treblinka of an eye?

I was a Venus of Ludendorff for the 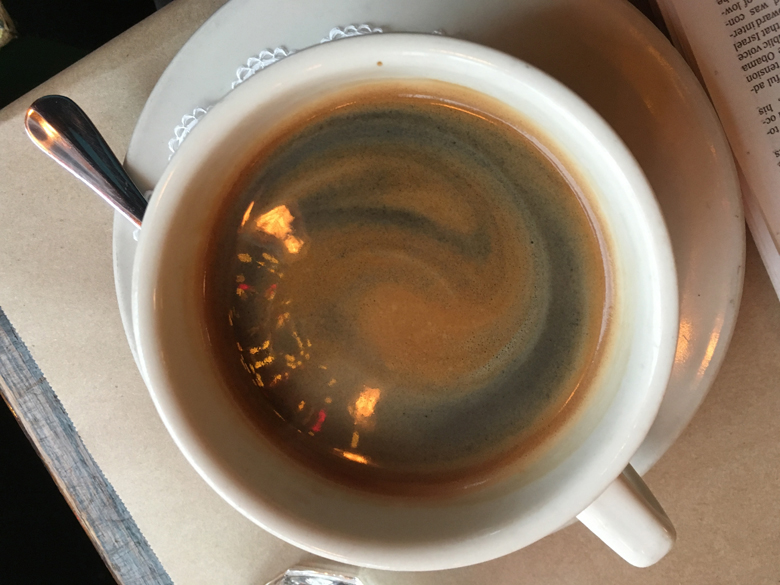 The West: don’t bank on it

For years I travelled over many lands,

And when the Deluge rose I flew around

The world itself and never glimpsed dry ground

The tragedy of our thinking: an old, old comedy

He dallies amid bamboo in the morning, stays in

the company of bamboo in the evening, drinks and

eats amid bamboo, and rests in the shadow of bamboo.

He has thus observed bamboo in numerous

To catch up with yourself does not necessitate taking longer strides.

Just stay where you are, and you’ll soon return.

Master Sung observes that it is by working on metals and wood that artifacts are made. How could the skills of even Kung-shu Pan and Ch’ui be manifested if the world were devoid of tools? Without forceps, hammers, and the like, the “five weapons” and “six musical instruments” would be incapable of fulfilling their respective functions.

Out of the blazing fire of the same furnace will emerge a host of objects of different sizes; one may weigh 30,000 catties and be capable of anchoring a battleship in a raging sea, while another may be as light as a feather and fashion embroideries on a ceremonial robe.

Yet if we assign all the credit of superb smelting and casting to supernatural forces, it seems that proof of this can be found in the story of Mo-hsieh and Kan-chiang swords, and in the rise heavenward of two other famous swords which turned into two dragons [after being discovered]. [Sung Ying-Hsing, T’ien-Kung K’ai-Wu (Chinese Technology in the Seventeenth Century). Translated and annotated by E-Tu Zan Sun and Shiou-Chuan Sun. Mineola, NY: 1966. p.189. Footnotes 1 & 2, p. 198. Kung-shu Pan of the state of LU was a famous artisan of the Spring and Autumn period (770-403 B.C.). Ch’ui was a skilled artisan of legend who lived in the days of emperor Yao (ca. twenty-second century B.C.). Some say he belonged to the time of the Yellow Emperor, ca. 2700 B.C. Mo-hsieh and Kan-chiang were named after the famous metallurgist Kan-chiang who made the swords, and his wife Mo-hsieh. The dragon swords were said to have been discovered by Lei Huan of the Tsin dynasty (A.D. 265-419), who dug them up out of their underground hiding place.]

Upping the sacrificial ante on throwing people under the bus, comes the strange, sad and desperate strategy of throwing the bus under King Kong.

Turkish media reports initially said that there had been as many as three [Kalashnakov-shooting attackers] and that they had stormed the club wearing Santa Claus suits. Later reports were contradictory before the Turkish government clarified and imposed a news blackout. [“Attacker Strikes Istanbul Club, Killing Dozens,” NYT, 1/1/17, A1:1]

When Walt Disney’s “Bambi” opened in 1942, critics praised its spare, haunting visual style, vastly different from anything Disney had done before.

But what they did not know was that the film’s striking appearance had been created by a Chinese immigrant artist, who took as his inspiration the landscape paintings of the Song dynasty…

Trained as a painter, Mr. Wong was a leading figure in the Modernist movement that flourished in California between the first and second World Wars. In 1932 and again in 1934, his work was included in group shows at the Art Institute of Chicago that also featured Picasso, Matisse, and Paul Klee.

His first art teacher was his father, who trained him nightly in calligraphy by having him dip a brush in water and trace ghostly characters on newspaper: They could not afford ink or drawing paper…

Mr. Wong spent two years painting the illustrations that would inform every aspect of “Bambi.” Throughout the finished film – lent a brooding quality by its stark landscapes; misty, desaturated palette; and figures often seen in silhouette – his influence is unmistakable…

When his [three] daughters were small, Mr. Wong encouraged them to make art… yet he would not let them have coloring books.

The reason was simple: He did not want his children constrained, he said, by lines laid down by others. [Margalit Fox, “’Bambi’ Artist Finally Found Acclaim After Enduring Bias,” NYT, 1/1/17, A1:2] 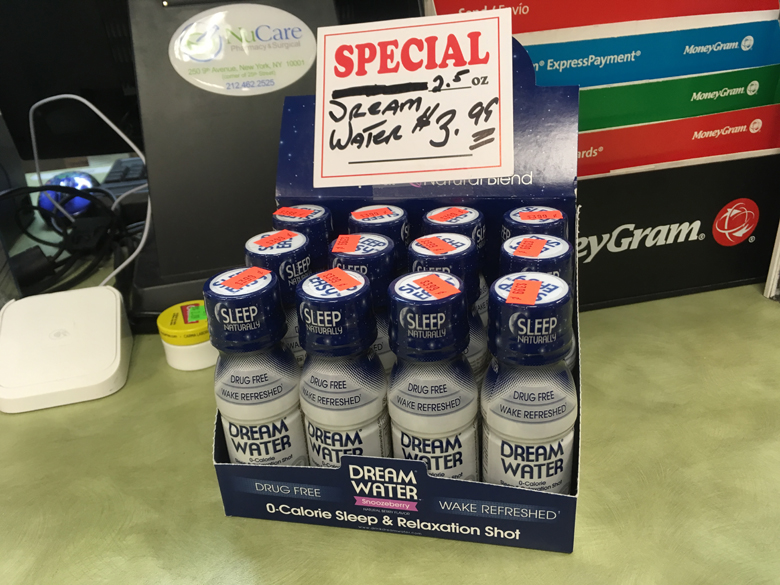 …clarified and imposed a blackout…

Who let the godz out?