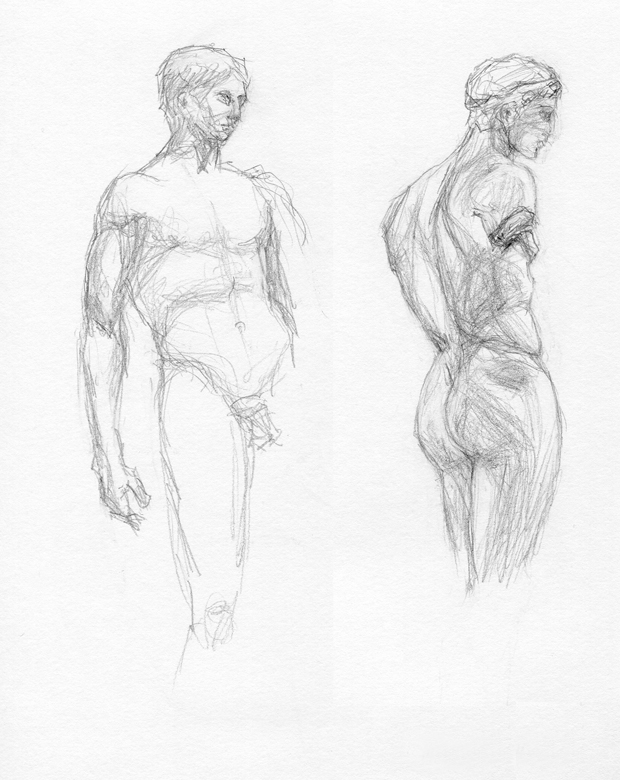 From a single gust of wind, Clare Hollingworth reaped the journalistic scoop of the century.

Ms. Hollingworth, the undisputed doyenne of war correspondents, who died on Tuesday in Hong Kong at 105, was less than a week into her first job, as a reporter for the British newspaper The Daily Telegraph, on that windy day in 1939. [When, as now, more fig leaves fill the air with every passing gust.]

Driving alone on the road from Gleiwitz, then in Germany to Katowice, in Poland… she watched as the wind lifted a piece of the tarpaulin that had been erected on the German side to screen the valley below from view.

Through the opening, Ms. Hollingworth saw, she later wrote, “large numbers of troops, literally hundreds of tanks, armored cars and field guns” concealed in the valley.

She knew then that Germany was poised for a major military incursion. Hastening back across the border to the Polish side, she telephoned her editor… [Margalit Fox, “Clare Hollingworth, Reporter Who Broke News of World War II, Dies at 105,” New York Times, 1/11/17, A18:1]

Wow, some tarp failure, or rather, war-drobe malfunction…

It is recorded in Ling-piao lu [a later abbreviation of a T’ang Dynasty work, Account of Unusual Matters in Ling-nan, by Liu Hsün] that the people [in Kwangtung] washed goose and duck droppings for gold flakes and bits, some getting one ounce a day and others none. This is probably not true. [Sung op. cit. p. 236]

So many stones to pass

Scenes in the Life of an American Dog

First it was the icy snow. Now comes the freezing rain.

On Wednesday, a Greek navy ship docked at Lesbos island to take on as many as 500 refugees. They have been struggling to survive the subzero temperatures in the severely overcrowded main camp in Moria, using pup tents that were supposed to be temporary when they were set up last year in warmer weather.

Videos and photographs taken by migrants inside the camp… showed flimsy shelters sagging under a blanket of snow and people waiting in long lines in the falling snow for food and to use bathrooms [?!].

“The snow is only the tip of iceberg,” Mr. Schoenbauer [of the UN high commission for refugees] said. [Liz Alderman, “Cold Snap in Greece Imperils Refugees in Crowded Camps,” NYT, 1/12/17, A10:1]

Caption (to a picture of a chewed-up trash-can lid): “Nick Marotta, who coordinates Central Park’s night operations, says the park’s newer trash cans can keep rats out, but not necessarily raccoons.”

Erebus, who coordinates night operations with his sister Nyx, both offspring of Chaos. It is said that Nyx’s beauty is so unbearable, so breathtaking, that Zeus himself is more afraid than aroused by her appearance.

I want to stick around a while

Of all the tricks of magicians, that of making cinnabar silver fools the ignorant most easily. The method consists of putting equal parts of lead, red mercuric sulphide, and silver into a jar, which is then sealed and stored in a warm place for twenty-one days.

During this time the essence of silver is absorbed by the mercuric sulphide, and smelted “silver” is obtained. This silver, however, is stuff with out spirit, a mass of dead substance.

If refined with lead it will decrease in weight with each smelting and after several firings will altogether disappear, thus [causing the maker] to lose the money spent for the mercuric sulphide and charcoal. It is set down here lest the foolish, in their hope to get rich, are still ignorant of these practices. [Sung op. cit. p. 242]

China turns out to be a Russian hoax!

She’s sitting at Table 5 across from a bearded man who speaks more softly and says about a fifth as much. A TV interviewer, now real estate agent, she recounts her years on the carpet, [“the running joke was that Donald never came onto me,”] with all the brio of a war veteran, inflected with reprehension for the celebrities who didn’t properly acknowledge her.

“You’ve done the impossible, you’ve transcended addiction. What advice would you give to someone like Lindsay Lohan, someone who is really anguishing?” she asked Robert Downey, Jr. once at a press event.

He looked through her, she says, then pointed to another reporter. “Next.”

There’s a good eighteen inches between your tables and she isn’t large, but her movements are – her right hand keeps springing into your peripheral vision, its trajectory stopping a few inches from your face.

Wooden ships on the water

WARSAW – The long convoy from an American armored brigade slid unobtrusively across the German frontier into Poland just before 10 a.m. on Thursday, A dozen residents from the southwestern border town of Olszyna turned up to watch.

“Americans coming here is the biggest thing that’s ever happened to us,” said one resident, Mieczyslaw Mroz, 62.

“Where are the tarps?” asked Olga Slzysneva, aged 7.

“Sent to Lesbos,” replied her father, Tadeusz Kapuściński, 47. “Along with every pup tent in Olszyna.”

“I wanted a gust of wind to lift the corner so I could see large numbers of troops, literally hundreds of tanks, armored cars and field guns,” said Olga, clearly disappointed and near tears. “I wanted to reap the scoop of the century.”

Feed the planet on a can of Spam

Oxy-pop and snort another gram

Look for justice in a lizard’s eyes

Buy an app to rearrange the flies

Stalk the victims of our own disguise

Visit Corinth in a pouring rain

Slaughter cattle and then plead insane

Watch the baby swirling down the drain

The Chinese man bowing his two-stringed fiddle on the subway platform at 14th Street plays an air that sounds like a mélange of Auld Lang Syne and Amazing Grace.

And it totally works.

And your beard can sing

Three photos featuring the lobby of Trump Tower – with its by now-ubiquitous pink marble that translates so well to black and white – accompanying three separate articles in the A section of the January 14, 2017 New York Times.

The first shows himself, shot from behind, (nice DA) entering an elevator. The second, Marine LePen (reportedly there on a “private trip”) descending an escalator. Completing the troika, Marilyn A. Hewson, CEO of Lockheed-Martin, amidst a gaggle of newsmen, having “nearly closed a deal” with the president-elect on the future of the F-35 fighter jet.

And within spitting distance of MoMA too

If you want to take over France, I say, first send the “Marines…”

Le Pen and the sword. What matters who’s mightier, since they work together?

In collaboration, as it were.

That which can be hacked will be hacked

And anything can be hacked

The Calvinist rejection of religious art was said to have led to painting interested exclusively in depicting the appearance of things and in technical questions [such as how to achieve a sense of depth and space in a landscape without using linear perspective].

Still life [in Seventeenth-century Holland] is a lesson in seeing and painting. But this does not contradict its symbolic interpretations. [The French art historian] André Chastel compared the table on which the objects of the still life are arranged with a sacrificial altar: the more capable the painter is of capturing the freshness of the petals, the softness of the materials, and the diversity of the reflections in liquids and metals, the more dramatically and effectively he achieves his goal of denouncing the vanity of appearances. [Llorens et al, op. cit., p. 88]

Yogi, what is value?

Well, Boo Boo, that is a very inter-resting question…

Pink is the new white