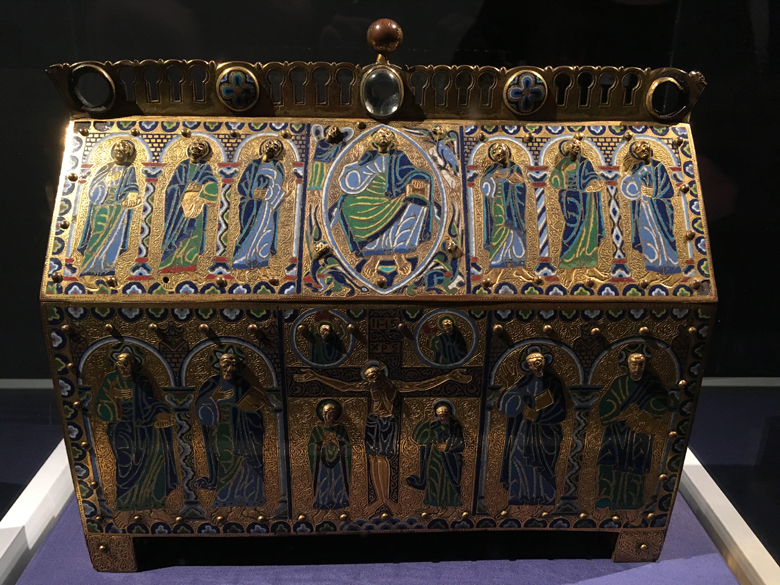 There comes a time

From a false order

Toward the real unknown

Gunpowder is manufactured by using saltpeter and sulphur as the principal, and the ash [charcoal] of grass and wood as the auxiliary, components. It is believed that saltpeter and sulphur are respectively negative and positive in character. A combination of the positive (yang) and the negative (yin) form gunpowder. {The fire and shock waves resulting from] the explosion of gunpowder out of a compact space will blast nearby persons and things into total destruction.

Saltpeter is an upward projecting agent. The gunpowder used for straight shooting, therefore, is composed of 90 percent saltpeter and 10 percent sulphur. In comparison, sulphur is a lateral blasting agent. The gunpowder employed for making mines and bombs consists of 70 percent saltpeter and 30 percent sulphur. Ash, being the auxiliary component of gunpowder, is produced by burning the wood of willow, pine, or birch root bamboo leaves, hollyhocks, bamboo roots, or egg-plant stalks. Of these plants, bamboo leaf is the most fiery.

Some people claim that the smoke of wolf dung, being black in daylight and red at night, rises straight into the air, and that the ash of a river whale can be inflamed by wind. These two materials, however, must be tested before detailed description of their pyrochemical properties can be made. [Sung Ying-Hsing, T’ien-Kung K’ai-Wu (Chinese Technology in the Seventeenth Century). Translated and annotated by E-Tu Zan Sun and Shiou-Chuan Sun. Mineola, NY: 1966. pp. 268-269]

ATH = all too human

The occidental cannon (his-yang p’ao), being spherical in shape like a copper drum, is cast of wrought copper. When it is fired, men and horses within half a li are shocked to death… Immediately after the fuse is lighted, the operator must run back and jump into a deep hole, because his life can be saved only when the cannon is fired on a high spot.

The “killer-of-myriads: or wan-jen-ti is a toxic incendiary bomb for fighting enemies from the top of a garrison wall. It is conveniently used [in the present dynasty] to defend the remotely located small cities… The sulphur and saltpeter in a killer-of-myriads are ignited to project incendiary flame and toxic smoke in all directions, thus killing many men and horses instantly. [op. cit. Sung, pp. 271, 275]

“Portuguese calivers” were on board Portuguese ships that visited Canton in A.D. 1517. Thorough some confusion of terms, the guns received the name of fo-lang-chi, meaning Franks or Frankish, which was probably the name given to the Portuguese themselves by their Arab or Malay interpreters. [op. cit. Sung, footnote, p. 278]

Legosthenes, the oblong philosopher who hurts like hell when u step on him barefoot…

Is there anything in the world, queries Master Sung, to excel learning and writing? The red-hot fire is the source of the deepest black [i.e. lampblack for making ink] and the whiteness of mercury can be metamorphosed into the reddest vermilion: such are the unfathomable wonders of Creation!

Then, in the proper functioning of the government, the [emperor’s] vermilion rescripts are applied to documents of state, [written] in ink, hence law and order are proclaimed across the land; while in myriads of ink-printed volumes, vermilion is used [to punctuate and comment], and the truth of the universe is clarified. These are the treasures that belong to a study where there is no room for such things as pearls and gems.

As to the painters, who re-create Nature in their work, they use every kind of color – some are used in their natural state, others are mixtures of different elements. In all, these represent the changes that occur through invoking the water and fire essences in Nature. How can this be possible with out the aid of forces divine? [op. cit. Sung, p.279] 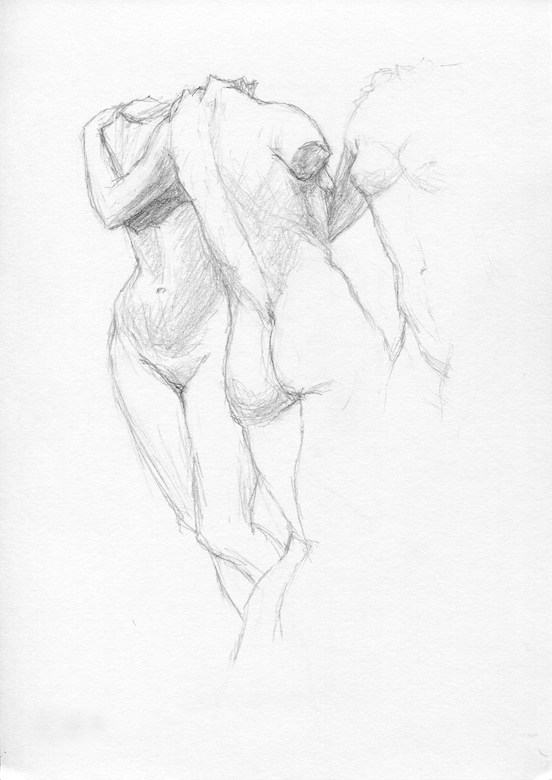 After the gigantic march and rally of January 21, 2017, a kind of quiet approximating peace descends on the city, or it perhaps emanates up from the ground. Lowball estimates are that a quarter million filled the streets between Dag Hammerskjöld Plaza and Fifty-fifth and Fifth – the closest police would let the demonstrators get to Trump Tower. But having witnessed the enormity and density of the crowd, I think it’s possible the actual number could have been twice as high.

Zero arrests. And pushing six thirty on a mild-tempered Saturday night on Eighth Avenue in Chelsea: few cars, no horns or sirens, nary a single lunatic beating the air with cries, just a kind of low-to-midrange woosh, and the occasional bing-bong of the C or E train “doors closing” chime wafting up through the subway coffers followed by the soon-fading achunk-achunk of the trains heading north or south.

Baby breathing, so many women having spoken with their feet.

Hence the quiet sounds of the after party, before…

What is the character of Greek narration as we know it from Homer? Briefly, it is concerned not only with the “what” but also with the “how” of mythical events. Obviously this is not a very strict distinction. There can be no recital of events that does not include description of one kind or another, and nobody would claim that the Gilgamesh Epic or the Old Testament is devoid of vivid accounts.

But maybe there is still a difference in the way Homer presents the incidents in front of Troy, the very thoughts of the heroes, or the reaction of Hector’s small son, who takes fright from the plumes of his father’s helmet [q.v., c.f. Little Hans].

The poet here is an eyewitness. If he [sic] were asked how he could no so exactly how it actually happened, he would still invoke the authority of the Muse who told him all and enabled his inner eye to see across the chasm of time.

We do not know whether painters and sculptors invoked similar sanction when they first ventured into the real of genuine mythological narrative. But one thing was bound to follow: in a narrative illustration, any distinction between the “what” and the “how” is impossible to maintain.

The painting of the creation will not tell you, like the Holy Writ, only that “in the beginning God created the heaven and the earth.” Whether he wants to or not, the pictorial artist has to include unintended information about the way God proceeded and, indeed, what God and the world “looked like” on the day of creation.

The Christian Church has had to battle with this unwelcome concomitant of illustration since the very beginnings of Biblical cycles. It may well have been the same difficulty that restrained earlier [and other] cultures from embarking on pictorial narrative of sacred themes. But where the poet was given the license to vary and embroider the myth and to dwell upon the “how” in the recital of epic events, the way was open for the visual artist to do likewise. [E.H. Gombrich, Art and Illusion: A Study in the Psychology of Pictorial Representation. New York: Bollingen Foundation/Princeton: Princeton University Press, 1972. pp. 129-130. Some paragraphs inserted by E.D. for ease of legibility onscreen.]

If there’s still fog but no friction, is it still war?

Mr. Trump also took issue with reports about the number of people who attended his inauguration, complaining that the news media used photographs of “an empty field” to make it seem as if his inauguration did not draw many people…

Mr. [Sean] Spicer [Donald Trump’s spokesman] said that Mr. Trump had drawn “the largest audience ever to witness an inauguration,” a statement that photographs clearly show to be false. Mr. Spicer said photographs of the inaugural ceremonies were deliberately framed to “minimize the enormous support that had gathered on the National Mall…”

Photographs of Barack Obama’s first inauguration in 2009 and of Mr. Trump’s plainly showed that the crowd on Friday was significantly smaller, but Mr. Spicer attributed that disparity to new white ground coverings …

Vermilion is obtained through the conversion of mercury [cinnabar ore]… there are no other sources for mercury and vermilion. Tales that mercury is obtainable from certain grass, or from the sea, are pure nonsense and believed only by the gullible. Vermilion cannot be reconverted into mercury. This is because at this point the wonders of Divine Nature are exhausted. [op. cit. Sung, p. 285]

Toward the middle of the eighteenth century the public began to demand that the royal collections should be on general view. The idea of installing a suitable museum in the old palace of the Louvre materialized under Louis XVI…

The project was completed by the French Revolution. The ‘Muséum Central des Arts’ was opened at the Louvre in 1793. The resources of the royal collection, now the national collection, were soon augmented by numerous painting seized from churches or collectors who had emigrated and then, in the wake of French military victories, by masterpieces seized in Flanders and Holland, Italy and Germany. It was thus that a fabulous museum, called the Musée Napoléon from 1803 was founded…

Today’s international moral code would condemn such and enterprise, yet it would be wrong to attribute it simply to the ritual plundering of victorious armies. The Musée Napoléon was undoubtedly formed… as a High Temple of Art for the edification of the citizens of Imperial Europe. It was designed to illustrate the moral and intellectual progress which stemmed from the Revolution: in the words of [Vivant] Denon [the museum’s director], the ‘comparison of the efforts of the human spirit throughout the centuries’…

In 1815, after Waterloo, representatives sent by the beleaguered countries took back more than five thousand works of art. Only about a hundred paintings escaped restitution and were left in the Louvre by the allies of France… [Michel Laclotte and Jean-Pierre Cuzin. Diana de Froment and Frances Roxburgh, trans. The Louvre: French and Other European Paintings. Paris: Editions Scala/London: Philip Wilson Publishers Ltd., 1982, pp. 132-133]

Little Han(d)s: the psychoanalysis of the phobias of an eternally five-year-old boy

Marching to a different, though distinctly tinny, Drumpf

And now, Little Han(d)s: who is buried in Grant’s tomb?

What color was George Washington’s whitemare…